Warren Beatty gives his character of Joe Frady, a "third-rate" journalist, just the right balance of recklessness and determination to enable one to have faith in this man to uncover such shady, potentially threatening goings-on.

Beatty is ably backed up by the supporting cast, most notably Hume Cronyn as Frady's editor, and Paula Prentiss and William Daniels as, respectively, a television reporter and columnist both in fear for their lives.

Composer Michael Small's main theme (used at strategic points throughout the film and often playing on the traditional patriotic sound of the trumpet) has a quality both mournful and despairing that relates effectively to what we are watching. It is a rather sparse music score, but this seems to add to its power. Gordon Willis's Panavision photography conveys threat in even the most everyday of locations (his rendering of modern architecture is especially strong in suggesting a faceless, omnipotent threat), while the editing rhythms and sound design contribute a great deal in throwing the audience off-balance.

Pakula has been involved in more widely-known projects such as All The President's Men and Presumed Innocent, but The Parallax View is definitely one of his best and most powerful films. 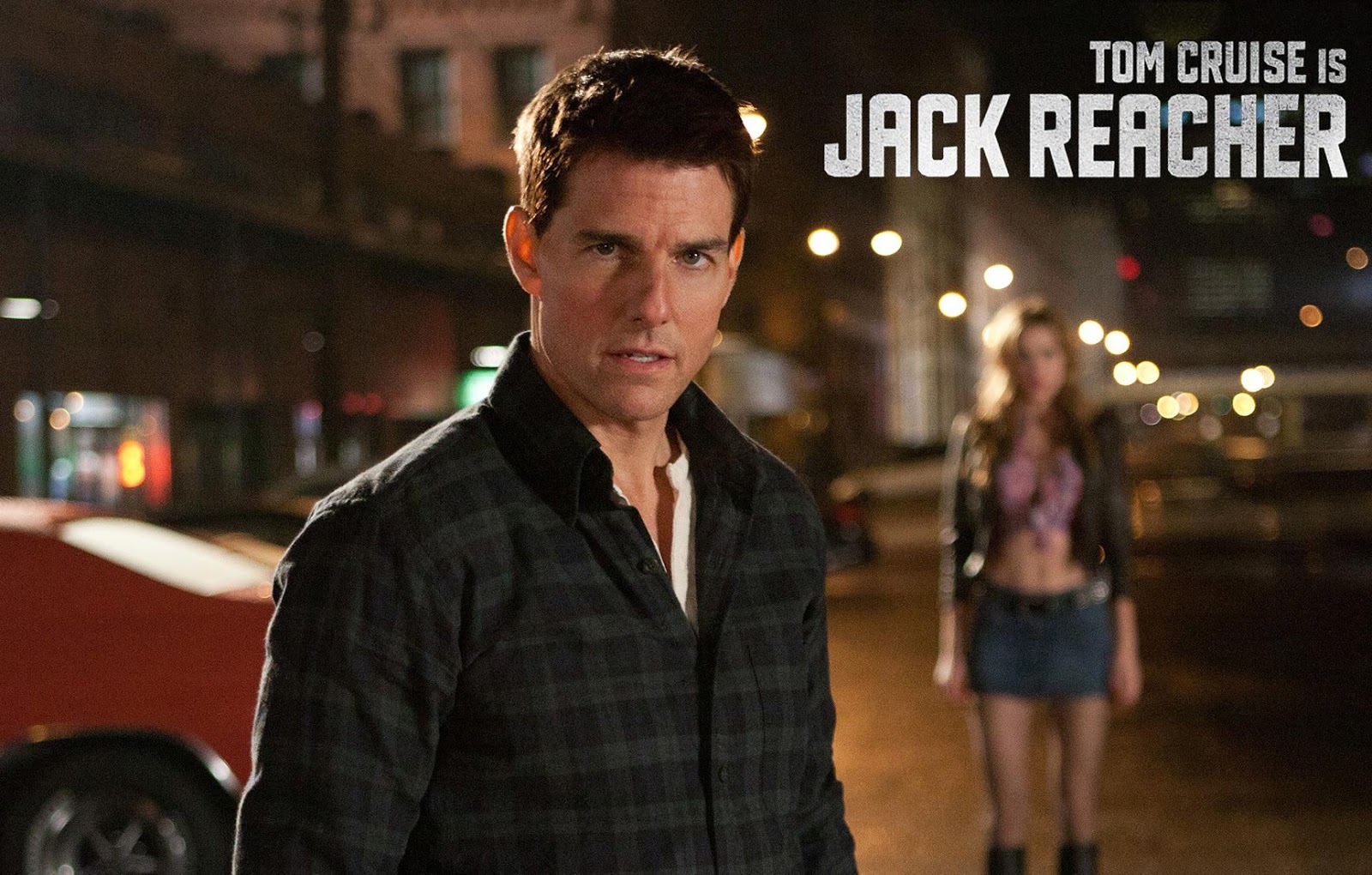 In an innocent heartland city, five are shot dead by an expert sniper. The police quickly identify and arrest the culprit, and build a slam-dunk case. But the accused man claims he's innocent and says "Get Jack Reacher." Reacher himself sees the news report and turns up in the city. The defense is immensely relieved, but Reacher has come to bury the guy. Shocked at the accused's request, Reacher sets out to confirm for himself the absolute certainty of the man's guilt, but comes up with more than he bargained for.

Introducing a new icon of the action genre I'd never read any of the Lee Child 'Jack Reacher' novels so I went in with no particular expectations about the portrayal of this character. But this film can certainly live up to ANY expectations thriller fans might have had of it, in my opinion!

Having seen Tom Cruise as the flamboyant, charming and somewhat Boy Scout-ish Ethan Hunt in the past, its refreshing to see him as someone almost as ruthless and taciturn as Jason Bourne or Daniel Craig's rendition of James Bond. Jack Reacher's appeal doesn't lie in the fact that he's a 'larger than life' figure, or the world's biggest bada##...it lies in the fact that he's a normal, perfectly relatable and very realistic human being, albeit a trained and skilled soldier and detective.

Rosamund Pike does a great job as the lawyer, Helen-a far cry from glamorous 'Bond girls' (one of whom Pike herself has portrayed), and Lara Croft styled action heroines who normally populate the action film genre. Instead she's a three dimensional character with her own doubts, anxieties, convictions and flaws.

One of the great things about this movie is how, without wavering from its narrative, it does highlight several significant real-world issues; ranging from the political debates over gun control, to legal representation for terrorists, to the politics surrounding the actions of military personnel overseas, to the corrupt political-industrial nexus...without necessarily taking sides or trying to come across as being preachy of moralistic.

To sum it up, Jack Reacher is virtually a 'slice of life' piece...albeit, a very dark and grimy slice of life.
Watch The Trailer

Email ThisBlogThis!Share to TwitterShare to FacebookShare to Pinterest
Labels: HOLLYWOOD

Former dentist, Dr. King Schultz, buys the freedom of a slave, Django, and trains him with the intent to make him his deputy bounty hunter. Instead, he is led to the site of Django's wife who is under the hands of Calvin Candie, a ruthless plantation owner. 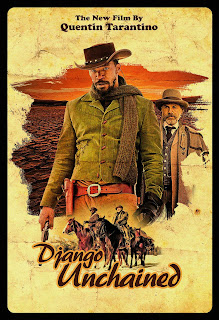 By incorporating a multitude of thematic Tarantino elements Django is the best Tarantino movie SINCE Pulp Fiction. Not as good as that great movie since this one is a little more bloated and less novel, it nonetheless is Tarantino's second best movie. This was great because it used many of the best aspects of the other Tarantino films. Such as the friendship between a black and white antihero (a hit-man like in Pulp Fiction but now the male bonding is as bounty hunters), also the violence art similar to Kill Bill and the Gut Warming, heart pounding, pulpy thrill of revenge against an evil like in Inglorious Bastards. There were many other aspects of Tarantino's movie in this one.

To start off the complete unpredictability is what really draws you in. You really do not know what is going to happen next which is refreshing to those that frequently see movies. The episodic scenes have such a high degree of unpredictability that it mesmerizingly keeps us on the edge of our seats.

There were some really amazing characters created which was not wholly due to the writer/director but the great actors who infused their talent into the roles. These characters' eccentricities were so unique that you might have never seen characters like this before. A trademark oddity in how they spoke, what they said and their ultimate actions reflected without any creative barriers the moviemaker's soul. If you thought Christopher Waltzes and Jamie Foxx's character were great wait till you get to DiCaprios and Samuel L Jacksons. You really wanted to see more of these characters despite the nearly 3 hour length of this Tarantino epic. Dicaprio's character was probably the best; he was so amusing with his warped, semi-depraved, megalomaniac eccentricity. DiCaprios acting was really good here too. Samuel L Jackson can blurt out the necessary profanities with the appropriate rawness making him the perfect actor for some of Tarantino's parts.

The greatest thing is the psychological aspects to these characters and how that plays out in the scenes. There is actually a lot of psychology going on which builds multi-dimensional characters and creates scenes of intense unpredictability. There were other scenes of brilliant hilarity mocking the dark side of the old south, or genre film itself.

As the movie progressed and where it could have ended well and uniquely alas a contrived scene was thrown in to showcase Tarantino's signature brand of violence art, reminiscent of Kill Bill. This weakened the movie as a whole and made it drag however it was pure fun to witness the slow motion blood splattering and detailed depiction of body parts being shot with blood shooting out like geysers drenching the place in red.

I think I heard Tarantino is criticized for rehashing old movies or copying from other films. I guarantee whether or not that is the case you've never seen something like this before.